Cancer is a disease characterised by the abnormal growth of certain cells in the body. It can occur in any cell in the body and is named depending the organ it affects.

How does cancer develop?

The body is made up of many types of cells. Normally, cells grow and divide to replace old and dead cells as they are needed to keep the body healthy. Sometimes, this orderly process of division goes wrong. New cells form when the body does not need them, and old cells do not die when they should. The extra cells form a mass of tissue called a growth or tumour, which can become cancerous.

What are the types of cancer?

Not all tumours are cancerous; tumours can be:

The organ where a cancer starts is called a primary tumour, and when this tumour spreads to another part of the body, it is called secondary tumour. There are more than 200 different cancers, some of the common ones include lung cancer, bone cancer, leukaemia, breast cancer, kidney cancer and prostate cancer.

What are the symptoms of cancer?

Cancer can cause a variety of symptoms. Possible signs of cancer include the following:

What are the causes of cancer?

Scientists have learned that cancer is caused by changes in genes that normally control the growth and death of cells. Certain lifestyle and environmental factors can change some normal genes into genes that allow the growth of cancer. Many gene changes that lead to cancer are the result of:

Some gene alterations are inherited (from one or both parents). However, having an inherited gene alteration does not always mean that the person will develop cancer; it only means that the chance of getting cancer is increased.

Scientists continue to examine the factors that may increase or decrease a person's chance of developing cancer.

Although being infected with certain viruses, such as the human papillomavirus (HPV), hepatitis B and C (HepB and HepC), and human immunodeficiency virus (HIV), increases the risk of some types of cancer, cancer itself is not contagious. A person cannot catch cancer from someone who has this disease. Scientists also know that an injury or bruise does not cause cancer.

How is cancer diagnosed?

Early detection of cancer is the key to effective treatment outcomes and improved survival rates. If symptoms occur, your doctor may perform a physical examination, order blood work and other tests, and/or recommend a biopsy. In most cases, a biopsy is the only way to know for certain whether cancer is present. During a biopsy, your doctor removes a sample of tissue from the abnormal area. A pathologist studies the tissue under a microscope to identify cancer cells. Sometimes a biopsy of a lymph gland in the abdomen is required for diagnostic purposes. This can be done via laparoscopy.

Staging is the process of finding how much the cancer has spread in the body. The process determines the stage of the cancer, which is the most important factor in determining your prognosis and appropriate treatment options. Staging describes the extent or severity of a cancer, and if it has spread to the lymph nodes or distant organs.

Some common factors found in most staging systems are the location of the primary (original) tumour, size of tumour, number of tumours, lymph node involvement, cell type, grade of tumour and presence or absence of metastasis (the spread of cancer).

Staging is based on the results of the physical examination, imaging tests (X-rays, CT or MRI scan and PET scan), laboratory tests of blood, urine, other fluids, biopsy of tissues and the results of surgery.

What are the different types of staging systems?

The most common cancer staging system being used is the TNM system (extent of the tumour, spread to lymph nodes, distant metastases).

Stage 0: This stage is also called carcinoma in situ. The cancer is in the early stage and present only in the layer of cells in which it began.

Stage I, II, and III: These stages indicate a larger tumour and/or more extensive spread to distant organs or to lymph nodes.

Stage IV: This stage indicates that the cancer has metastasised (spread) to other organs of the body.

Summary staging is also the most commonly used system of staging for all types of cancer. It groups cancer into five main categories:

What are the benefits of staging a cancer?

Cancer staging helps the care team to design an effective treatment plan and determine the prognosis. 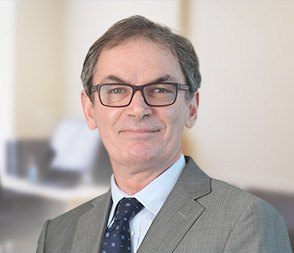